Why Business Should Have Explainer Videos in 2017 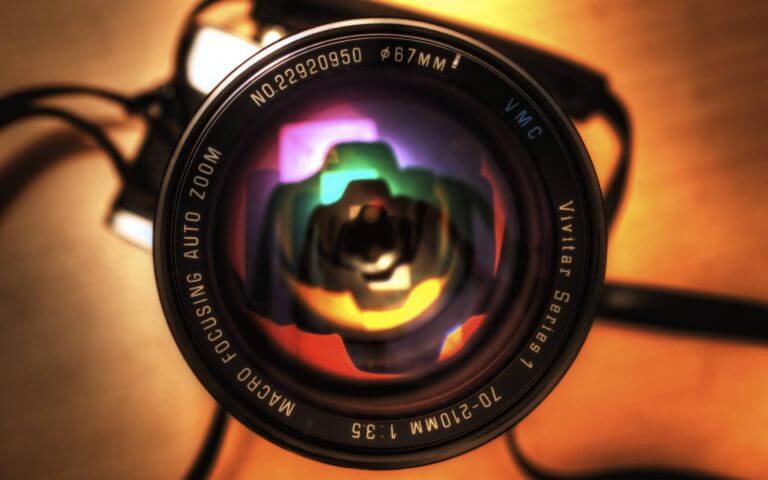 Why Business Should Have Explainer Videos in 2017

Videos are all the rage these days — but do you know how to leverage them for your business? With explainer videos, you can take things to the next level. This article will show you how.

As technology gets more and more advanced, businesses become more and more competitive. In the olden days, it’s just about who makes the best quality and who has the ability to attract more customers to one’s shop. Today, these things are marred by a lot of technicalities. It’s about who can reach the most number of people at a time. It’s about who can ride best atop the most recent technological waves. It’s about who’s the slickest, fastest, loudest, most beautiful. But in the end, it all boils down to the same fundamental aspect as in the olden days — who can create the most powerful, most engaging case for one’s services.

Read also:17 Video Marketing and Advertising Campaigns that you will actually enjoy

And in our world today, this question has one answer — he who makes the most compelling explainer video for his product.

An explainer video is what it says it is — a video that “explains” and erstwhile unknown product or service to the user. It allows the audience to learn about the basics of the product before getting in depth. It is more of an elevator pitch, a hook or introduction for the product or service. And it is a very interesting, very potent tool that can change the face of your business.

A Special Kind of Video
But before we talk about the virtues of explainer videos for your business, let’s talk about the videos themselves. In 2017, videos are expected to rule the Internet. With increased storage, better cameras, enhanced services, and faster connections, sharing a video today is much like what sharing of pictures is a decade ago. The well-made video has moved from being a high-production, cutting edge thing to something that is expected of all.

Let’s take a short look at some of the more important video forms that will dominate the Internet this 2017.

Vlogs are gaining more traction than ever, but that does not mean they have not been wildly successful before. Take the case of vlogger Casey Neistat, whose YouTube channel has amassed more than a billion views within three years since its creation. Because of this, he became the 2016 New Media Star of the Year, as presented by GQ.

Then there’s Instagram, which like Facebook has also introduced its own Live platform. Snapchat (now Snap) is also leading the way, providing its users with a unique way to present video and picture stories.

Technically, the last two items fall into the more general category of explainer videos. They are special in the sense that they aim to take the viewer into the world of the product or service, thus pulling the customer in to learn more and perhaps make a purchase. They do not just want to tell a story — they compel a user to do something.

According to a study published in Psychology Today, the brain processes information from videos as much as 60,000 times faster than text. This makes videos the perfect tools for presenting a new concept to people. This translates to actual results, too — for example, explainer videos for your business can help drive decisions. One study pointed to videos being the help that 90% of online shoppers needed in making important decisions.

The fact is that each brand has a story that it wants to tell. These are the stories that rally people behind it, that make people support it. These are the stories that give the brand its personality. The problem is that these stories are usually drowned out in such a large marketplace. If the business is to survive, it must at least engage its users long enough for the brand story to sink in and take the potential customer the rest of the way.

Another problem is the fact that businesses are complicated, and there’s no other media that can succinctly and interestingly convey its overall personality — that is, no other than video. Video ticks all the important boxes in helping the business get its message across. First, it has both visuals and audio that can be used to reel in the user. These same qualities also allow you to contain much more information in a video than you can in text or a static image. And being dynamic, the viewers can very easily absorb the information you are trying to convey.

From a logistic point of view, explainer videos are also beneficial because they reap in huge returns for a moderate investment. They are not as expensive as running an ad in TV stations, and yet (when done right) they can reach a wide audience due to the power of social media sharing. Technology is readily available, and you can produce any of the two types of explainer video formats quite easily:

Live Action. This is a type of video with a real-life person on the other end. It can also be about real-life places, demonstrations, and the life. Creating live-action explainer videos for your business can help increase relatability by fostering the element of familiarity and realism.

Animated. This is the more frequent type of explainer since you do not need to shell out anything for costume, props, lighting, and the like. This is perfect if you will be portraying events outside the realm of conventional possibility. It can be more easily controlled, too.

Explainer videos also do a lot more than help you say your piece about your brand. It also helps you increase the overall traffic to your website, by riding atop search keywords. A post that has a video can get as much as 3 times more traffic than text-only counterparts, so it helps bring in more exposure.

With that exposure comes an extended visibility and reach. Since 92% of those who watch videos on their mobile phone share these videos, it will be far easier for your word to travel when you post it online.

There are also several ways you could go with the creation of explainer videos for your business. For example, you can go for simplicity and shoot a product demo yourself. Or, if you have the resources, you can outsource it to a credible and creative company who will design it for you. They can scale the video to make as much impact as possible with the resources that you have. The choice is up to you.

Speaking of choice, the landing page and product page isn’t the only place where you can place an explainer video. The About Us page, for example, can use some fun shots that explain your company and its work ethics. You can also use them as a form of presentation offline, during a sales pitch or in front of an audience. The possibilities are bounded by nothing but your creativity.

However, it’s not just enough to get out there and start shooting videos. Even within this trend, there are also trends that you need to look into so you can reap the maximum benefits for your investment.

For one, you have to identify whether you will be writing for a desktop-bound or mobile user. Mobile users tend to be more forgiving in their attention span. An optimized video for iPad, for example, can coax the user into viewing it for up to an average of 5 Minutes. In contrast, up to a third of all desktop viewers click back after the first 30 seconds of a boring explainer video.

Furthermore, you must strive to make your explainer video as short as possible without sacrificing providing all the necessary information as possible. Explainer videos that are less than 15 seconds are shares up to 37% more often, compared to videos that are 30 seconds or a minute in length. At the last point, many viewers start to leave. The trick here is to remember that your explainer video is not meant to tell everything there is about your product or service. It is meant as an introduction, a come-on. Let the rest of your site do the job of taking the customer in-depth.\

What are the things that make up an excellent explainer video?

With the dominance of videos this coming 2017, creating explainers for your brand is a must. It does not matter if your customers are the people you are likely to meet on the street everyday, or if they are C-level managers in a corporation (fun fact: the latter group prefer to absorb information through a video 75% of the time). Everybody is online nowadays, and everybody will soon be posting their own videos as the welcome mat for their brands.

How will you use explainer videos for your business? There are several ways to do it — but only you can determine how you can make the most impact through these videos.